The Wistful and the Good, Chapter One, by Mark Baker {an excerpt} 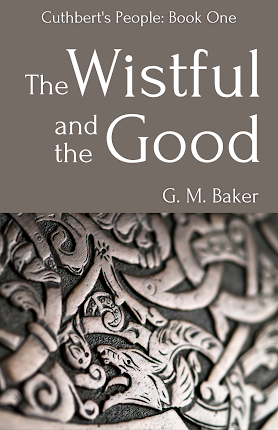 Dickens and Dumas serialized their novels. This classic approach to publication is becoming popular again with writers such as Salman Rushdie and Fight Club author Chuck Palahniuk signing up with Substack to serialize their next projects. Mark Baker is taking the same route with his Anglo-Saxon period historical novel series,  Cuthbert's People.

Serialization of the first volume  The Wistful and the Good, begins today. Read the opening below, and to read the rest of the chapter and to subscribe to receive a new chapter weekly, visit here.

Elswyth sat on the clifftop looking out over the bright sea. There was a steady onshore breeze blowing, stinging her eyes and tossing her hair out behind her. She refused to wear the wimple that should have covered her head and neck, for young men’s eyes would follow her hair as it bounced and swayed and danced. Young men’s eyes were a novelty and a delight. Not so long ago a child’s smock had hung from narrow shoulders straight downward to the ground. But now a woman’s dress flowed over curves like the tide flowing over smooth stones. Young men’s eyes followed the curves. Whenever she walked through the village, the young men would pause in their tasks, like seagulls hanging on the wind, eyes hungry for something beneath the surface of the wave.

Nor was she shy about looking at the young men. In the autumn, when the harvest had called every able body, man, woman, child, noble, free, and slave, into the fields from dawn till dusk, she had gloried in their broad backs, the flow of their muscles under the skin, the salt sweat of their tanned faces. And in the quiet of the evenings, she had found herself delighting in the thought of lying beside this one or that in the soft new-cut grass, and of the rasp of a calloused hand upon soft flesh.

But she was not for them. She was a thegn’s daughter, and promised long since to an ealdorman’s son. Young men’s eyes had no right to follow her. Her thoughts had no right to stray to hard hands or soft grass. There could be no starlit tryst on new-mown hay for her.

But the eyes of the young men were not her only delight. From where she sat, her eyes could follow the great curve of the horizon, the restless boundary between sea and sand below, the roll and swell of the tide, the curve of the sea grass, bent before the wind. These too were a delight, though the same blustering wind tried to tear her embroidery frame from her fingers and whisk away her threads to catch among the bracken and the gorse.

For the hundredth time she glanced upward, and this time, at last, she saw it. A flash of white, far out in the band of haze between sea and sky. A sail. Her frame and her needle fell into her lap as her eyes yearned outward toward a horizon that was empty once again.

This is how it is when you first see a sail. It will appear for a moment when the ship crests a swell and the light catches the sail just so. And then it will be gone, perhaps not to be seen again for minutes, or perhaps never again. Few eyes would have caught that first flash, or known it for what it was. But Elswyth knew, and in that moment of recognition her breath grew still and her heart raced as the world grew large around her.

Elswyth loved ships, every rope and spar, every plank and sail. She loved the smell of the pitch that lined the seams. Her eyes followed the curves of a ship. Her hands longed to touch, to follow the rise of the curving prow, the round fullness of the stern. She loved the way a ship cleaves to the swelling of the waves, its urgent energy under the force of wind or oar, its rise and fall as it mounted and drove from crest to trough of the ocean swell. 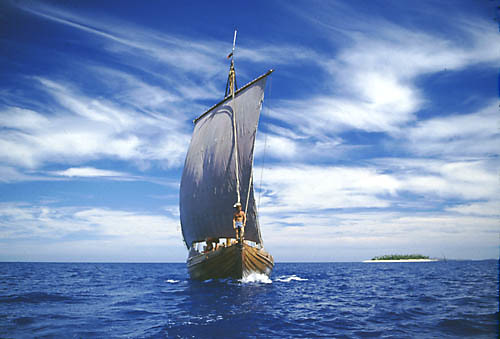 And she loved the young men who sailed in ships, with their strange voices, their hard, strong hands, their red sea-weathered faces, their sheepskin jackets stiff with salt and smelling of both land and sea and the marriage of both.

She loved the tales they told, of wild rocky northlands with their soaring peaks and deep fjords, of the sun-scarred south, where winters were green and summers brown, and men and women rested on the great verandas of stone-built palaces in the heat of the day. Everywhere they travelled, it seemed, was sharper, more vivid, more extreme than Northumbria, the soft country she was born to with its low hills, cool summers, and damp winters.

Once, as a child, she asked why they came here at all, to which the answer was, “For trade, my darling, and to see the pretty girls.” At which she had pouted and said, “But you always leave us behind!” And they always would leave her behind, for her fate lay elsewhere, in the ealdorman’s hall in Bamburgh. As the wife of Drefan of Bamburgh, she would rule over a great hall and host kings at her table. And yet, one glimpse of a sail and her heart was soaring, over the horizon and away.

Again a flash of white. She rose, letting her embroidery frame fall into the work basket at her feet. She shaded her eyes as she strained at the horizon. A square white dot danced into view along the line between sea and sky. She took an anxious step forward, careless of the nearness of the cliff edge. Her right foot caught her work basket and sent it tumbling over the cliff face toward the distant sands below, threads of green and gold and blue scattering to the winds.

What was it? Anglish, Pict, Norsk? It was a Norsk ship she longed for. But it was also Norsk ships her father feared. The ship she longed for was a knarr, a broad-bellied trade ship. The ships her father dreaded were longships, ships of war. Nothing but a knarr had ever come to their beach. Elswyth had never seen a longship. But the news was that a dozen Norsk longships had raided the holy island of Lindisfarne two weeks since, murdering dozens and carrying off much treasure and many slaves. Her home in Twyford was only a day’s ride south of Lindisfarne and her father, like every coastal thegn kept anxious watch for Norsk ships, though no other made his daughter his sentinel.

She longed for a knarr, for not only would a knarr bring wine and gemstones and silver—to trade for the dull necessities produced by her father’s manor—it would also bring new songs, old friends, and tales of Spain.

The sail was plainer now, no longer disappearing into the haze along the horizon, and sometimes she could glimpse the line of the hull. Whether it was longship or knarr, she still could not be sure. But she was certain of its course now. By the quarter it came from and the line it sailed, it was coming from Norway, and it was heading for their beach. ...

… To finish reading the first chapter of The Wistful and the Good, and to subscribe to receive a new chapter weekly, visit https://gmbaker.substack.com/p/wag1 and click the Subscribe button. 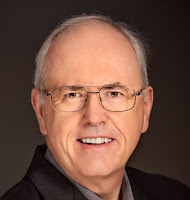 Mark Baker recently moved to Bridgewater, Nova Scotia. One of Brian's students for several years, he is now serializing his historical novel, The Wistful and the Good, on Substack under the pen name G. M. Baker. Mark has also published three nonfiction books as well as stories in a number of journals including: Dappled Things, The Rockford Review, Storyteller, Solander, Our Family, New England's Coastal Journal, and Fantasy Book. Find him as G. M. Baker on Facebook here. Subscribe to his newsletter here.