“Live or Die” by Cynthia Stacey 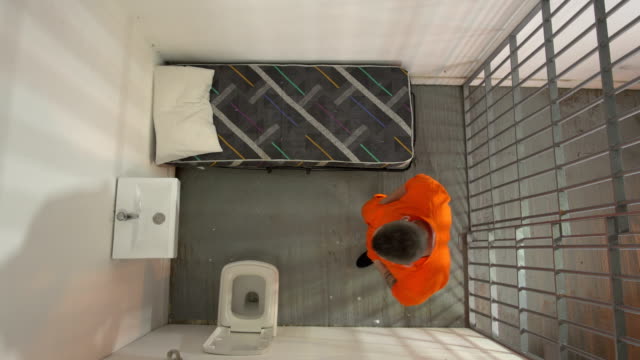 I am a survivor. It’s who I am. Ingrained into me from a young age. I can hear my step-father’s voice in my head. “In our world it’s either you or him, no weakness, no fear, those things will get you killed. Live or Die son, Live or Die.” Even now, pacing my 8-by-10 cell, the mantra reverberates in my head over and over like a record player on repeat.

The walls are closing in. Pacing isn’t productive. The telephone conversation repeats on a loop in my head. Greg Clarke is coming in today. Greg Clarke, my step-brother. The reason I’m in jail doing life, missing my family, my kids. I stop pacing, sit on the bed, and force my hands to remain in my lap. The worst part about jail is all the waiting.

The screws, the guards, are getting ready for changeover. The walls are closing in and I can’t breathe. My heart throbs. I force a breath. In through the nose, out through the mouth. Focus. My heart rate slows on command like I’ve taught it to do. I’m getting soft in jail.

I stand by the steel door waiting, hands behind my back. There’s a small rectangular window in the door, but it’s so scratched and worn I can’t see anything through it. It doesn’t matter. I envision the plan, focus on my goal. Breathe in. Breathe out. Live or die.

“Jug up,” the guard yells from the control booth to signal that it’s time to eat. My door makes a click and opens. Finally, I can continue on with my task. No time to eat right now. I’ll focus on that later. First, I have something to do.

I burst out of my cell focused on the stairs at the end of the range of Unit 5. I’ve a ten-minute window of opportunity. Live or die. I note the guards as I walk past. One on the strip outside Unit 5. Two in the unit. Inmates move out of the unit headed to the dining hall. I head in the opposite direction to unit 4. The Strip Boss, is outside unit 4 controlling inmate movement. I like this one. She is focused, driven, controlled. Live or Die. I assess her. She nods at me in recognition. I nod back with a forced smile.

Alert, waiting, assessing, she Carries a canister of pepper spray on her belt along with handcuffs, CPR mask, gloves and a radio with a mike attached for easy access. She’s wearing a stab proof vest. This one is unpredictable, different from the other guards, smart, no fear, no hesitation, still technically a rookie. I admire her courage. Good for her... Bad for me.

“What’re you waiting for?” she asks, barely glancing at me. Something else in the unit holds her attention.

“Waiting for a buddy,” I smile big, showing my perfect white teeth. My innocent - not up to badness - look.

I spot my target, smile again at the guard and walk into the unit. Inmates aren’t allowed past the vestibule, so I have to time it perfectly. Three more guards in the unit. I walk up to inmate Clarke, who is getting ready to go to eat, coffee cup in hand, clueless. He just arrived at the Institution today.

His eyes go wide when he sees me. Live or die. We both know the code.

I smile, putting my arm around his neck like we’re long-lost buds. He says nothing. I pull his neck close to me, keeping our bodies tight and the arm with the cup pinned behind his back eliminating it as a potential weapon. We walk past the strip boss who gives us a cursory look before resuming her vigilant gaze at another offender, inmate Jones, who is doing exactly what I paid him to do.

Clarke moves his free hand to the front waistband of his jeans. I grab his hand before he can grab the homemade knife, shank, he’s hidden there. We wrestle on the strip. Neither of us speaks, but I keep a tight grip of his hand as he struggles.

Live or die. Everything seems to move in slow motion.

I lean back and open my mouth wide, Clarke’s eyes go wide when I chomp down on his nose. The cup he’s holding in the pinned hand falls to the concrete floor with a loud clang.

Blood fills my mouth. The crunch of gristle makes me hesitate for a split second, but I don’t let go. He struggles, trying to get away. I grab the shank from his waistband.

All hell breaks loose. I rip his nose right off his face and spit it out on the cold, dirty concrete floor.

“Fuck! I need help on the strip,” the Strip Boss yells into the radio as she runs up to us, grabbing the pepper spray from her belt. No hesitation on that one. I respect that, admire it even.

“Clear the strip,” she yells at the inmates who are watching detached. None of them will interfere. Live or die. You or them. That’s what it boils down to in jail. Mind your business or someone else’s business will mind you. 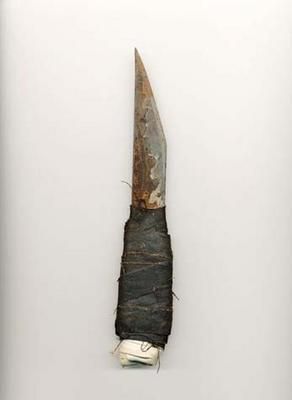 Five seconds till I’m pepper sprayed. Aiming for the pulsing artery, I pull the shank wide across his neck. Four seconds left till I can’t see. I pull the shank back and thrust. The flesh gives as the shank sinks into him. Three seconds, thrust to the chest, aiming for the heart. Two seconds, deep in the stomach. One second, in the ribs. Live or Die. I’m a survivor.

“Stop,” she screams at me. “Put your hands on your head.”

My eyes burn like wildfire but I thrust twice more no longer aiming. Clarke collapses, his weight pulling us both to the floor. More guards arrive, more pepper spray.

“Strip to armoury,” she yells again. “Bring a shotgun now!” Her voice is an octave higher than it should be with the adrenalin pumping through her. I admire her courage. I can feel her on the periphery. Close enough for me to stab. No fear. It will get her killed someday. But not today. She isn’t my enemy.

Live or die. I have about 10 more seconds before the guns arrive.

I give a couple more ineffective thrusts; the blade has wrapped around my hand. It bent when it hit the floor.

I stand up and put my hands on my head like she says. I throw the shank behind me to her feet. I’m a survivor. “It’s all good boss,” I say, smiling. “I’m done.”

“Don’t move,” she instructs. I do as I’m told. She grabs my wrist and wrings it around to my back as she slaps the handcuffs on. She’s a little rough, but I understand. Her adrenalin is pumping through her veins. She grabs the other wrist and handcuffs both behind my back. The cuffs are tight. I ignore it.

“Can I have a meal?” I ask. Food will hold back the nausea when the adrenalin leaves my body. My hunger returning now that I’ve completed my task. I won’t die today.

“Jesus Shane, what the fuck?” She’s ghostly white. Probably the first time she’s ever experienced that level of violence before. Reality check. You work in a jail. These guys are not here for being good. That includes me. Lesson learned.

She shakes her head and hands me over to a couple of other guards who take me to segregation. Hopefully, a meal is also on its way.

Cynthia Stacey is a mother of four girls and has been working as a Correctional Manager in a men’s multi-level prison for the past 23 years. She has recently started writing short stories inspired by her job, but all of the stories are fictional. Cynthia has a BA in English and Sociology and is studying publishing at Ryerson University. She is currently working on an adult fantasy novel. Her hobbies include reading/writing and shooting.

“Live or Die” was previously published on CommuterLit. For information on submitting to CommuterLit, see here.