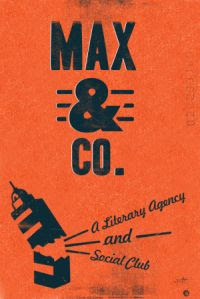 Max & Co. was formed in September of 2007, so even the founder, Michael Murphy, is new to the agenting game (though he’s enormously experienced on the publishing side). A vast jungle of cutesy verbiage makes reading Max & Co.’s website a pain, but that all the agents are new and in need of authors means you should have a look at this agency. Here’s what they have to say (with great swathes of meaningless words cut out):

Max & Co. represents a variety of writers and subject matters. Broad categories would be narrative nonfiction (where how it is told is as important as what is told), memoir, info-tainment (reference books that are fact-filled but told in an amusing fashion), humor, visual books that have either a strong narrative or humorous foundation (i.e. not pure art books), and a limited number of fiction titles.

Our fiction tends to be dark and twisted, often with one or more heroin addicts. At the very least, the fiction we seek favors the eclectic over the mainstream.

We are only interested in the hard subjects of science, history, business if the manuscript is driven by narrative voice or offbeat angle. Purely prescriptive or descriptive work should be placed with another agency.

We seek a unique voice, a voice that either breaks new ground or addresses comfortable ground in a new way. If your voice on paper (or screen) is old, tedious, dreary, or banal, we encourage you to seek representation elsewhere.


Please email a brief synopsis and biography stating what the book is and who you are. Ideally both will point to a very large collection of people willing to drop $24.95 to read your work.  Include sample chapters as attachments, one of which must be your opening (we like to see how you take the stage).

Prior to forming Max & Co., in 2007, founder and principal owner, Michael Murphy, had been in book publishing 27 years. His first 13 years were with Random House–Ballantine, where he was a Vice President. Later, he ran William Morrow as their Publisher up until the time of their acquisition by NewsCorp and merger into HarperCollins. Email submissions to: mmurphy@maxlit.com

Sarah Grace McCandless has published two novels for Simon & Schuster, Grosse Pointe Girl and The Girl I Wanted To Be. The Max & Co. website includes a think patch of purplish prose about Sarah but neglects to mention what sort of books she’s looking for, presumably dark and twisted fiction and narrative non-fiction. Email queries to: sarahgrace@maxlit.com

Jack Perry has been in the book business since the early 1990s, including stints at Random House, SourceBooks and Scholastic. Jack does not represent fiction titles. He focuses on narrative books with a foundation in history, business, politics, math, and science. He also likes sports. And Music. In fact, like all of us, if the writing is good enough, he can be led to a vast array of topics.

The site provides lots of useless info provided about Jack, but no email given. You could use Max & Co.’s general mailbox: info@maxlit.com 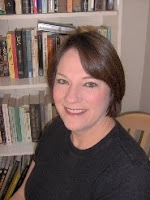 Nettie Hartsock is a recovering technology journalist. She is also a published essayist and writer, currently adding the finishing touches to her one-woman show titled, "Drunko Bunko" which will be staged in Austin, TX in 2010. Donning her super sexy social media cape Nettie serves as a digital strategist helping authors, musicians and comedians create and empower their Web 2.0 outreach efforts.

Again, in the site's sea of words no email given, but my sources tell me you should query Nettie at: Nettie@NettieHartsock.com

Note: On May 15, I'll be leading a "How to Get Published" workshop in Hamilton, with guest speaker Alisha Sevigny, a literary agent with The Rights Factory.
Email me for more information: brianhenry@sympatico.ca
For a full list of my upcoming writing workshops and creative writing courses, see here.
Posted by Brian Henry at 7:54 PM