"My Choice" by Elizabeth Copeland 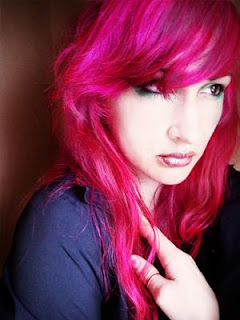 The day I turned 16 was the day I stopped going to church.

“You’ll go to hell for sure,” Mrs. Marmalade said, her orange hair gleaming in the sunlight. “Hell is what’s coming to you, Heloise. Trust me!”

The day I turned 16 was the day I stopped listening to old bags like Mrs. Marmalade.

The day I turned 16 I had ‘the talk’ with my Father. “Don’t disappoint your old man, Hel. It’s important to have God in your life.” My father lit his cigarette, inhaled and then coughed up enough sputum to choke a whale. Not that I know if whales can choke, but it sounds good. I looked down at the ashtray. It was only 9 o’clock in the morning and it was already full.

“You told me when I was 16 I could decide so I’ve decided. I’m not going to church anymore. If there is a God, he’ll understand. Here’s a Kleenex Dad.”

The day I turned 16, I decided that I would invest in a nicotine patch for my father.

The day I turned 16 I dyed my hair pink.

My mother was settling in to watch Coronation Street. She didn’t have to go to church because she was brought up Presbyterian and there wasn’t a Presbyterian Church in town. She looked up to see me sneaking out the door. “O, fer Chrissakes Heloise, you look like a piece of cotton candy.” my mother brayed over my father’s continued coughing fit. ‘What the hell will your grandmother think? If you wanna know what I think…”

The day I turned 16 I stopped giving a flying !@#X?! what my mother thought.

Beer tasted good on that day. Beer with pink hair made not going to church particularly slammin’. Sex made it even better.

All the ‘us’es. ‘Us’es that included Jimmy and me, but not Mom and Dad and Mrs. Marmalade.

Afterwards we went to the Venus Restaurant and pigged out on foot-long hotdogs, fries with gravy and malted milkshakes. I kept my eye on the door in case Mrs. Worthington came in. Ballet teachers frown on pig-outs. Mrs. Marmalade came in after church, saw Jimmy and me sitting together and scrunched her nose up as if at a bad smell. She minced her way through the tables over to our booth.

‘Right back at ya Mrs. M. If you and I got together with a cedar tree and a marigold we’d have a veritable freakin’ rainbow.”

Mrs. Marmalade rolled her eyes.  “The choir missed your pretty voice today. When can we expect you back in the alto section?”

“Well, Mrs. M. I had my fortune read last night by the witch in Beachville and she said that I should avoid church at all costs ‘cause there are emissaries of the devil there with red hair and bloodshot eyes.”

Mrs. M. rolled her eyes even higher. They looked like they could roll right out of her head.  “It saith in the good book that we are not worthy to gather up the crumbs under thy table. With that mouth of yours Heloise I can see that you are not even interested in getting near the table, much less the crumbs.”

“Thanks for the crumby news, Mrs. M.! And by the way, I’ve got a spare bottle of pink dye in my backpack if you want it.”

On the day I turned 16, I learned that beer drinking, sex, binge eating and razzing Mrs. Marmalade made for perfect fun.

Three months to the day after I turned 16, I had a rude awakening. My boobs were getting big. They were hard and firm. And I hadn’t needed a feminine protection product for a few months. I hitchhiked to Woodstock to see a doctor I didn’t know. My parents thought I was at ballet class. Don’t have to be a rocket scientist to know what he told me.

“Here are your options.”

I cringed. These were options? Closing my new file he said: “You should tell the father.”

Three months and one day after I turned 16, I found out that Jimmy was not the stand up guy I thought he was.

“Geez, Hel. I thought you pertected yourself. I got football tryouts this year. I can get a scholarship to college. Can’t you just get rid of it or somethin'?”

The hangdog look on his face made me sick.

Three months and two days after I turned 16, I discovered that Jimmy wasn’t the only coward in this story. I chose an option the doctor hadn’t offered. It’s called the ostrich with its head in the sand option, which I did gracefully with perfectly pointed toes.

Six months to the day after I turned 16, I got a letter in the mail. I’d been accepted to Ballet School. I should have been ecstatic. Ballet was my future, my fortune. The witch in Beachville had told me so. I had been plieing, tonduing and pirouetting since I was knee high to a grasshopper. How the hell could I go to Ballet School in September when I was gonna have a baby in May?

Six months to the day after I turned 16, I found out that my mother was particularly observant.

“Whatcha got under that long sweater you’re wearing’ all the time, Hel? Mrs. Worthington says you wear them in ballet class? I don’t know how the hell you pirouette in that heavy thing. You getting fat? Too many fries? Where’s Jimmy these days?”

I knew she knew. She flopped down in front of the T.V. set with a beer and flipped on The Price is Right.

Six months to the day after I turned 16, my Dad cornered me in the hall. The Price is Right blared in the background.

“Sweetheart,” he said taking a long drag on his cigarette, “talk to me. You’ve been wearing that old sweater pretty much all the time for the last month. You know you can tell your old Dad anything.”

I looked up at him. He wasn’t buying it.

“Heloise, I came from a family of five girls, you know. I know a thing or two about female things.”

I put my hand on my belly. Suddenly I tuned in to the fact that I had a baby – a real live human being growing inside me. I wiped my nose, took my head out of the sand and I told him.

Six months to the day after I turned 16, I found out that my dad was not so lost in a haze of cigarette smoke that he couldn’t see me. I also realized that pink hair; sex and choosing not to sing in the choir didn’t make me an adult.

Having a baby is like passing a football. That’s what my Mom told me. Except that no football could be as beautiful as the baby girl that popped out of me. I wonder if she’ll ever try to find me. I hope so.

My boobs are permanently bigger now. My hips too. I did two, sometimes three classes a day to get back into shape for Ballet School. Mrs. Worthington almost withdrew her recommendation to the school when she found out about the baby. But my mom had a talk with her. They had some kind of female bonding session over how utterly horrible and fantastically wonderful I am and Mrs. W. agreed to keep her mouth shut as long as I agreed to keep my legs shut (her words).

I’m all packed to go. Better not forget my pink hair dye. Mom’s driving me to school. Dad’s resting – too much smoking, too much coughing, too much crying – Dad really wanted to keep the baby and now he’s losing me, too. I’m glad Mrs. Marmalade is coming over to keep him company. She told me to dance as pretty as I sing. I might almost like her. After all, she’s had it hard in her own way. Can you imagine going through life with a name that reminds people of jam? That would be hell. 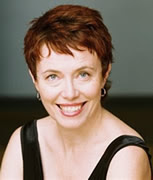 Inspired by the work of Emily Bronte, Tennessee Williams and Mary Oliver, Elizabeth Copeland has always been fascinated by the world of story. It started with an introverted little girl made up stories and blossomed into her career as an actor (acting out stories), singer (singing stories), storyteller (stories memorized and told to an audience) to her work as an arts educator (stories as tools to teach). She began putting her stories down on paper ten years ago, but has only recently had the courage to send any of it out. Her work has been published in Vitality Magazine, So to Speak and most recently an article included in a collection entitled – ‘Stories of prayers and faith.’ She has self-published the booklet ‘Into the Spotlight’, and is currently working on a novel for young adults. She lives in Burks Falls with her husband and two cats.