The Line Painter by Claire Cameron, reviewed by Dorothy Bush 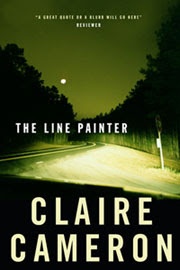 This debut novel from a Toronto writer is impossible to put down. An old premise, “car breaks down in the middle of nowhere,” comes alive with a fresh, Canadian perspective and a frightening twist.

Carrie is a young woman just floating through life. Living and working in Toronto, she is unable to commit to her boyfriend, but also unable to end the relationship. When her boyfriend dies in tragic circumstances, Carrie is unable to cope. Battling depression and guilt she decides to take a road trip to clear her head and re-gain some perspective. That is, after all, what road trips are for, aren’t they?

She quits her job, telling no one, takes her boyfriend’s less-than-reliable vehicle and heads west. Very much a product of city living, Carrie is unprepared for Canada’s near north. North of Lake Superior and in the middle of nowhere, her car breaks down. Her cell phone can’t find a signal and there is no traffic, homes or villages nearby.

She is un-nerved by the wide open spaces, the total darkness, the huge sky spotted with millions of stars, and the sounds of nature. She is further un-nerved when a large truck pulls up, and to top it off, her would-be hero, Frank Ferrini, sets off warning alarms. But with no other option available, Carrie accepts a ride to Hearst, and so begins her brush with destiny.

This is a very powerful story that makes you ponder the far-reaching consequences of poor decisions and the role of fate in our lives. Claire Cameron has the gift of turning a fictional character into a human being that you truly care about. I wonder – without the car breaking down and the resultant experiences – what would Carrie have done, and even more to the point, who would Carrie have become? 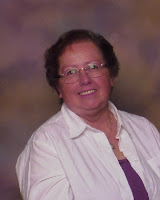 Dorothy Bush lives in Eastern Ontario. A mother and grandmother, her dual passions are reading and writing. She works part-time in Essential Skills and Literacy Training and encourages everyone she meets to turn on their imagination and find joy in written words.


For information about Brian Henry's writing workshops and creative writing courses, see here.
Posted by Brian Henry at 9:30 AM