"Such Stuff as Dreams" a short story by Ted Wolfe 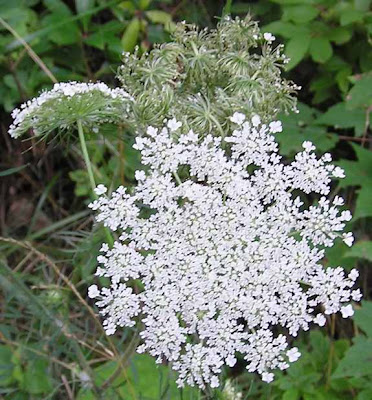 A notice arrived in the mail. Greg Lukens tore it open.

“I made it!” he shouted. He had met all the academic requirements and would graduate. He showed it to his mother. She looked at the piece of paper and smiled, saying nothing. She was trying to swallow a sudden lump of emotion.

That night, as was her routine, she stood outside his room to say good night. There was a slight tremor in her voice. “Your father would have been proud of you today.” Then she flicked off the light.
Long past midnight, Greg hovered in that place between wakefulness and sleep. Voices whispered:

“Get a job in a big company and you’ll be taken care of.”

“Get in there and smile in all the right places.”

“You’ll be set for life if you keep your nose clean.”

There were several hours of quiet drifting and then his eyes began to move under his eyelids. He passed through the drab corridors and rooms of a nameless hotel in a cold city that filled him with a vague uneasiness - a feeling of being in the middle of a journey and an ever so subtle warning to move on while there was still time. He moved on into another dream scape and then another until he arrived at a place full of images that were familiar, and reassuring.

Voices and images came again. He was between classes and two of his high school teachers looked at him as he walked by in the hall. One nodded in his direction and said to the other,
“He can write.”

As his summer job at the library ended, he heard old Wilson say, “You know, you have an uncanny ability to get things down in black and white”

Professor Parker commented on a paper Greg had written for him: “Very good, - very, very good. You understand what I mean more than any of the others and explaining things in terms of your own experience is very effective.”

Then Greg dreamt he was on his way out home. He drove down the valley of the Grand River and took in the warmth of the sunlit countryside before him. At a point two miles north of the town of Cayuga the hum of his tires on the asphalt became the crunch and dust of the York Road. Seen through the windshield, the bush drew in out of the wide fields and furrowed spaciousness, then vanished into leafy immediacy. It opened up again to a field full of last year's hay ricks and an old, horse-drawn hay rake that sat idle against a rusted wire fence. He turned right at an obscure intersection of concession roads and a few miles farther, left again into the land of his origins. This was Seneca Township.

Here was another way of looking at life, another shaping of cadence and dialect, of crick and field and furrow, of church socials and chores, and of farmhouse and barn that stood at the high point of gently rolling land. In time his tires thumped over the old Toronto, Hamilton and Buffalo railway tracks, and there, not ten yards further, was the end of a lane.

Scarcely a day passed that he didn’t think of the old farm and all the bittersweet memories that lingered there. At the far end of the lane, off to the right on a slight rise, stood the remains of the farmhouse, a gutted shell of red brick and timbers, that still held fast within the vibes of things that had happened. He heard sounds that came and went in the soft wind. There was an echo of laughter, a cry of anguish, a drunken recital of poetry, sometimes a sigh, a whimper, a murmured prayer, a baby's cry, the happy noise and clinking of a family gathering, and the voices of the much loved and long dead.

From the house, he drifted down the lane toward the other end some hundred yards away, past the long, swaying stems of Queen Anne's Lace with their sweet carrot smell, past the gray boards of the tractor shed that reeked of gasoline, past the bump where, halfway along, Seneca Creek passed under. He hovered near the ancient shag bark hickory where he had gone as a child, bucket in hand, to gather the abundant fallen harvest. He gazed down the long narrow perspective to the vanishing point at the meeting of the lane and the second concession.

There was a glint of sunlight off a windshield. A cloud of dust billowed out behind the car as it careened down the lane, lurched over the bump and came to rest. The billowing dust engulfed Greg and the 1952 Ford.

A half smile was on the familiar, thin face of the man who sat behind the wheel. He wore suspenders over a white shirt with sleeves rolled up. Tall and thin, he got out of the car and looked at Greg from under the brim of the brown hat worn in the style of the 50's. The man shifted his stance in a way that Greg recognized instantly, weight going to the right leg, his right hand in the pocket. Seconds went by and in the warm ambiance of a sunny afternoon, another life and time, and the reality of the now came together like a thunderclap and with it, emotion welled up out of the depths.

“Why did you have to die?” He sobbed deeply in his sleep.

“What’s wrong?” asked his mother through the darkness.

He didn't reply. He heard nothing. He saw only the image before him. His dream father said nothing and looked at him with the same deep set, hazel eyes Greg had as his heritage.

Something passed between them. Something that said, “Don’t let others turn your head away from what you are. Your life is fleeting and finite and darkness gathers all too soon. You know what you are meant to do.”

And in that dream moment a feeling of expansion, of lightness, opened up like the unexpected bloom of a crocus through lingering snow.

Far off in the country a train wailed, running across the hollow night like a lost soul finding its way back to the light. His dream with its tears, softness and clarity faded into eternity. He inhaled deeply and let his breath out in a long, tremulous sigh.

“Are you all right?” asked his mother.

Silence and darkness hung black and heavy in the hall between their rooms. Long moments passed. She heard the slow rising and falling of his breath and knew he was dreaming.

In the last watch of the night, through the pre-dawn stillness, a breath of wind stirred the sheer curtains in Greg’s window. The wind carried with it the smell of the earth and within the calm and silence, a small, cleansing rain began to fall. 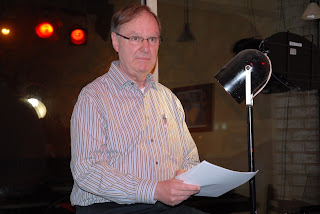 You can read another story by Ted here and a book review by him here.