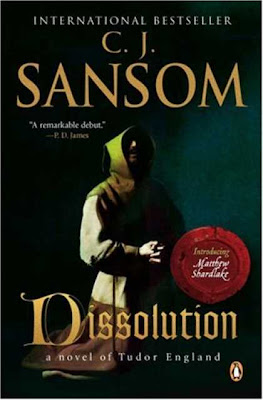 I recently met a friend at Heathrow airport; Jo, heading to Canada, me heading to points in the UK. I'm really glad we met or I may never have got to read this book!

“You'll love this,” she said as she handed it to me. I saw it was a good thick volume, seemingly just the right size to get through my vacation, so I accepted it gratefully. I had no idea then that by the time my vacation ended I would not only have read this book, but almost finished the next two Mathew Shardlake mysteries, as well!

The book's title refers to Henry VIII's dissolution of the monasteries; the action occurs towards the end of Archbishop Thomas Cromwell's heyday and not long after the execution of Anne Boleyn, Henry's second wife.

Historically accurate and getting right down to the nitty-gritty of Tudor life, C.J. Sansom transported me to those faraway days with the skill of a true storyteller.

I journeyed with the protagonist Matthew Shardlake, a lawyer, from Lincoln's Inn to Cromwell's office, where Mathew is commissioned to investigate a murder, then to the depths of the Kent countryside and a Benedictine monastery. There I watched him as he trod warily but with great courage through the corridors of religious intolerance, dishonesty, disloyalty and murder, determined to find the truth.

I really, really like Matthew. He is a person who has spent his life enduring taunts and ridicule because of a handicap, and yet has emerged without a chip on his shoulder, and with much compassion for the unfortunates he meets. He has weaknesses as well as strengths which add to the interest of his character and help the reader identify with him. I found the story itself fascinating, full of details about daily life in Tudor times, both among the rich and the poor, and with the kind of conclusion that left me wanting more.

I invite you to meet Matthew Shardlake in the pages of this book and walk with him as he works through his own doubts and misgivings, weaving his way through the political and religious turmoil of his day. If you do, I guarantee you'll be reading the whole series: 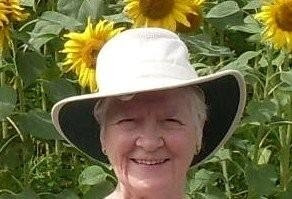 Gillian Butcher started writing late in life, that is, post retirement. She likes to attempt different genres. For example, biography, short story, poetry and essays. This is her first venture into the ‘review’ scene. Gillian lives in the GTA with her husband of 50-plus years . In another life she was a registered nurse but hasn’t attempted writing about that – yet.

Guidelines for contributing a book review – or other book related articles here.

For information about Brian Henry's writing workshops and creative writing courses, see here.
Posted by Brian Henry at 6:39 AM