Excerpt from “Time’s Fool,” a novel in progress by Susan Crossman

Some say a marriage promise must be kept until death and they might be right. I did die. A slow death, one that occurred by imperceptible degrees, like temperature falling on the glass tube of a thermometer, one lingering black tick after another until the reading of life was gone.

It was a surprising death, since I still walked the Earth, spoke in sentences and took out the garbage but it was a death all the same, marked by absolute fatigue and a distinct disinterest in anything remotely connected to me.

I always figured women like that weren’t trying very hard, that they were the kind of ladies that had been complaining of headaches since birth, ladies who had become experts in the gentle art of complaining. Limp-wristed, weak-willed, lily-livered and any other cliché you can imagine, they were just lacking in will, determination, fortitude and goals.

I used to think they needed to try harder to make the magic work, to recast the spell that had fallen over their men and themselves as they lurched along on the adventure of their love. Now I think that even if they were a little bit like me, they probably did try.

God knows I tried. I loved the man, the institution, the house I lived in, my sheets, towels, dishes, and plants. I fought to save it all.

Well, maybe I didn’t fight; David and I never disagreed and fights were what small people did when they couldn’t solve their petty problems rationally. I felt very mature clamping onto this opinion, and I guess I was so busy proving how broad-minded I was that I agreed with just about everything my husband suggested. I wanted his happiness more than my own.

Isn’t that what love does?

“Yes, David — of course we can have your department over for dinner Saturday night.” I loved entertaining!

“Well, David, if you want blue in the living room instead of green, it’s fine with me.” It’s just paint — what difference does the colour make?

Sometimes, on a cheerful Sunday afternoon, we would go for a walk in Allan Gardens. We would admire the spring blossoms or fall colours and David would breathe deeply of the fresh cool air that blew on our faces as we strolled. Sometimes we would absentmindedly link arms or hold hands, David’s large black-leather glove gently retaining my small blue mitten. He would smile at me and I would smile back.

David hated to see me cry, and he wasn’t very helpful when I did, although I think he tried to make me feel better when he wasn’t the cause of the distress. After one of our very rare disagreements, if he felt an unpleasant prickling of guilt rubbing at the back door of his conscience, he might trot home with a fistful of flowers for me. If the guilt were actually knocking on his brainstem, and he remembered saying some vaguely nasty things that should probably have stayed unsaid, the flowers might be something other than daisies.

I have never liked daisies, but David loved them, and I think daisies were his way of saying, “Hang in there, kid.” Personally, I would have preferred a flower that said something a little more poetic. For example, a clutch of purple and gold pansies would tell me how sweet he thought I was. Pink and white tulips would have hinted at the fact that he thought I possessed a quality of ethereal beauty. Wild roses — red ones with seven leaves and a thousand thorns — would have said he found me a tremendously untameable woman, mysterious and headstrong but complicated and wildly gorgeous.

Daffodils would say that I was cheerful and warm and close to his heart. Orchids, violets, petunias, lilies-of-the-valley, gladiolas, primroses, buttercups . . . the list could go on and on for chapters, but the common (yet uncommon) denominator, would be the implication of beauty, dignity, fragility, strength, the gentle reminder of how much a man loves a woman, how he admires, treasures, respects and loves her, wants her to look at something beautiful tomorrow, when he’s not even in the room, and think about him, and smile.

For one thing, they are about the most plain and ordinary weed growing in your average vacant lot. They live right there at the corner of Elmhurst and Main Streets and people walk by and toss cigarette butts and old chewing gum in their direction without even noticing that they are there. The daisies nod dumbly in every passing breeze as if to say, “Thank you for almost noticing me.”

They live there in that scraggly forgotten lot with last year’s candy-bar wrappers, and an old gray running shoe, doggy doo-doo and a broken umbrella, shards of brown glass left over from one more beer for the road, a soggy blue mitten, an old leather glove. Daisies grow up through the detritus of other people’s lives. Hang in there, indeed.

Daisies have long scraggly stems that usually have brown spots on them and they have very few leaves, Leaves are nice, a critical part of the unspoken phrase “I love you” that giving flowers is supposed to say. Daisy leaves are rare, as though the flower was worried about spending too much effort producing something that didn’t have a really great return on investment. The flower itself is composed of numerous pointy white petals, as though it’s meant to give stabs of pain, not joyful, unexpected ripples of pleasure.

Compare that with, say, a rose. A rose petal is all curvy and foldy

However, daisies were, I suppose, better than nothing. David always sent his secretary, Anita, a dozen red roses on her birthday “Got to keep her motivated, you know,” he’d say. The roses were very expensive, but, as he pointed out, he could deduct them as a business expense. Daisies were David’s way of saying something that didn’t involve too much emotion, dependence, admission of guilt, or gush. And roses?

David was not one to apologize verbally after a fight, unless he had cuffed me or shoved my shoulder just a little too hard as he broiled out of the room in a huff, and this happened so rarely it’s hardly worth mentioning. I think he probably felt quite sorry on those occasions. But in general he felt justifiably committed to defending his point of view from anyone, anywhere, anyhow. He expected his woman to be tough enough to take what he dished out, and sure, if she wanted to dish it right back, she was welcome to try. There was a puritanical self-righteousness to David’s determination to remain unswayed by anyone else’s opinion or interests, and this I did not share.

I never worried about being swayed because swaying was the way I passed my life. You sway a little one way and sooner or later you’ll be swaying back in the opposite direction, no harm done. If you really wanted something in life, you just had to sway towards it and sooner or later you’d sway your way up to it. Of course, you might sway into the path of an oncoming disaster or sway into a disgusting patch of something sticky that was tough to sway out of…but that was just part of the normal risk of life. In any event, all that swaying did not imply a lack of opinions, it just meant they were not always show-stoppers.

David wasn’t like that. His opinions were very strong and endlessly important. David did not sway. He spear-chucked. He would set his sights on something he wanted and then throw the biggest damned spear he could find. If the first spear didn’t bring down his prey, he would run headlong after it and sling another one. If that still didn’t work, he’d bring out axes and daggers and even a rusty old shovel, if need be, until he got exactly what he wanted. What he wanted might be dead by that point. And the process was not a pretty one. But it made David happy and that was what counted to David.

So, you see, between his spear-chucking and my swaying, it was very hard — no, impossible — for me to deny him anything. Why cause a big ruckus over something that wasn’t all that important to begin with? David almost always kept his voice reasonable and when I was alive I didn’t have a bottom line, really, so a calm voice and a persuasive spear or two were all it took for him to get what he was after. Sometimes it took more spears or bigger spears and once a really big rusty shovel…but obviously those were times when I didn’t sway very well and he won anyway. He always won. 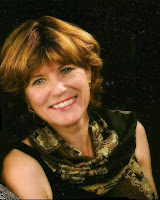 Susan Crossman is a career writer with decades of experience in journalism, government communications, PR and marketing. She currently runs her own freelance writing business through which she produces newsletter and web content, speeches, reports, profile pieces and other custom documentation for clients in the corporate sector. On September 13, she gave a reading of this excerpt from Time’s Fool at CJ’s Café.


For information about Brian Henry's writing workshops and creative writing courses, see here.
Posted by Brian Henry at 11:09 AM